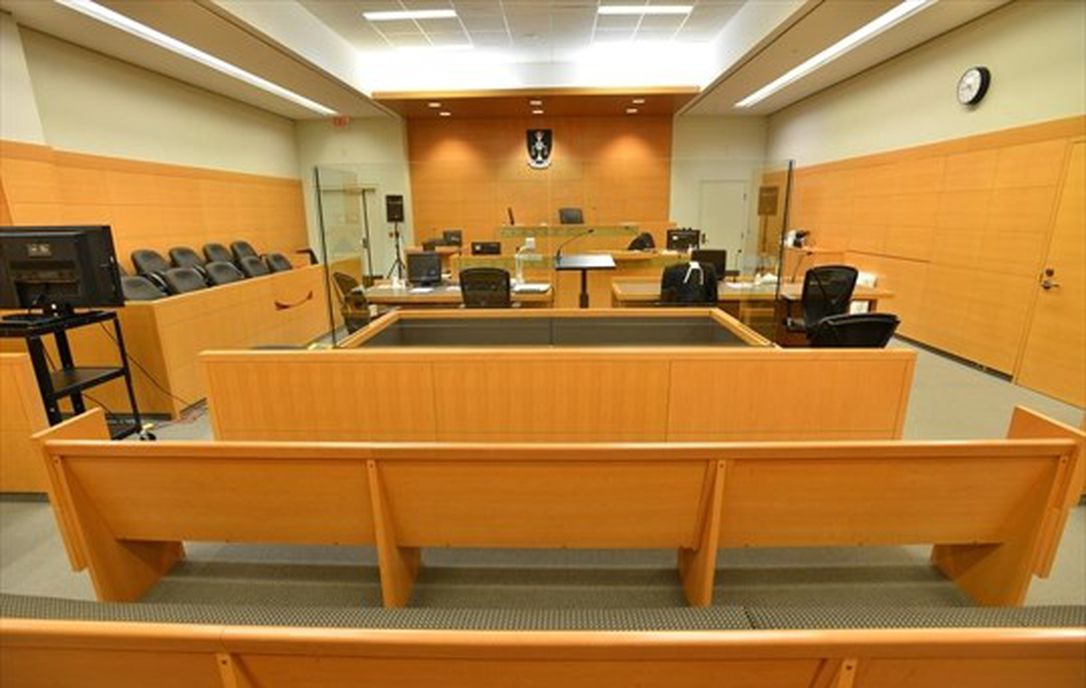 Inside the John Sopinka Courthouse, increasing precautions to reduce the spread of COVID-19 have rendered most of the building empty as only the most urgent of cases are heard.

On Monday, Dean Collett said he and fellow defence attorney Jaime Stephenson were among the only lawyers there. They were volunteering to help bail hearings — one of the only proceedings still happening — run more smoothly. Crown attorneys and duty counsel (lawyers available in bail court if an accused hasn’t retained counsel) are working over the phone.

But Collett said the lack of lawyers makes it hard for sureties showing up to try to bail out their loved ones. That’s why the Hamilton Criminal Lawyers’ Association, on which Collett sits as an executive, organized volunteers to be at the courthouse every day.

At the front doors, proposed sureties are asked by special constables about their health. Once inside, they are sent to a waiting area, just inside the front doors.

Typically the proposed sureties stay in the waiting area and their information is presented as an affidavit before the justice of the peace. The accused person appears by video or phone from jail and can be released from the institution where they’re being held. There is also a courtroom for pleas operating on the second floor.

The priority is getting people, where possible, quickly out of custody where close quarters have many concerned about the possibility of the virus spreading. Jails, including the Hamilton-Wentworth Detention Centre, are not allowing visitors. People serving intermittent sentences have been granted temporary absences.

Collett raised alarm about safety inside the courthouse last Friday. On the same day Ontario’s Chief Justice issued a directive that only urgent criminal or family court appearances go ahead until May 29, 2020.

Since this direction, Collett said “it is much better with way less bodies.” The hope is, with technology, they can further reduce the number of people.

Ruth Greenspan, executive director of the Hamilton area John Howard Society, a nonprofit that supports people in the justice system, said she finds it heartwarming how well everyone in the judicial system is working together.

Like other programs, JHS workers are no longer physically in the courthouse but are working by phone.

“It’s absolutely amazing to see the teamwork,” she said.