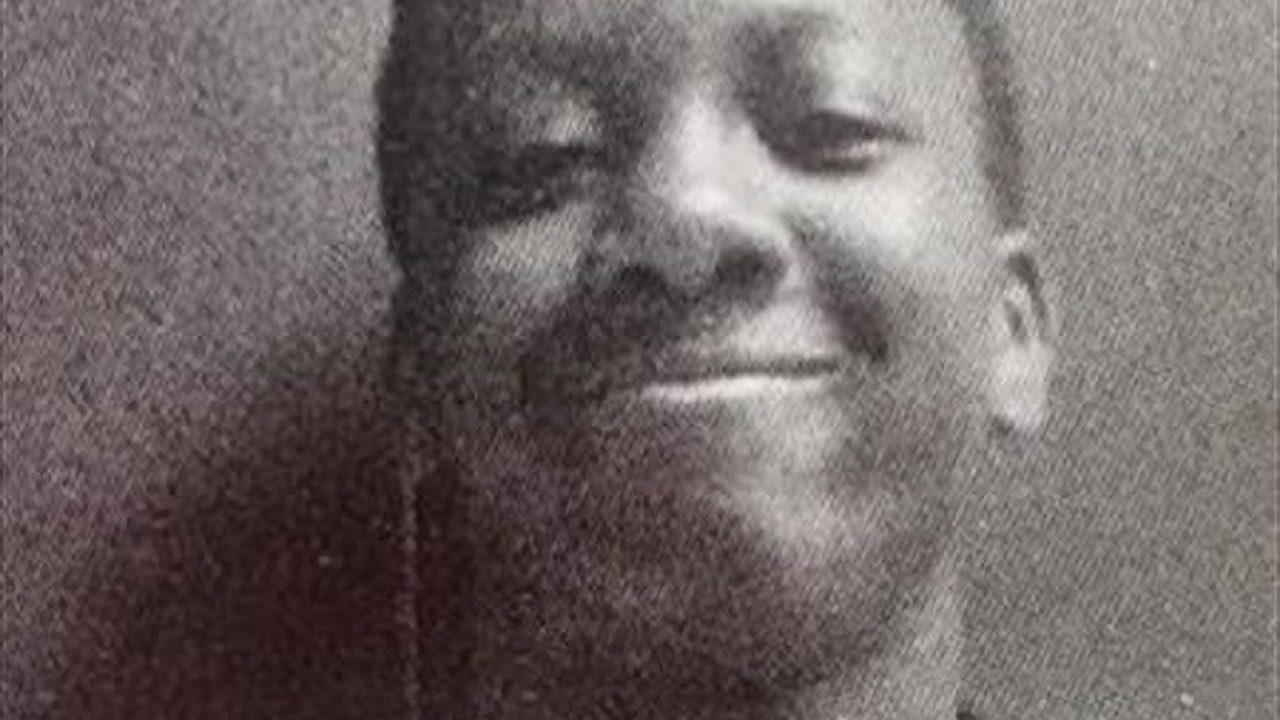 Skylawn Johnson was “in survival mode” until he met lawyer Dean Collett.

Too much and the seemingly unending days will swallow you up in despair. Too little and there is no space to learn, to grow.

So each little change the 20-year-old makes is one day at a time. And it is all for one thing: a shot at redemption.

“I don’t want to wear orange again ever,” he says, looking down at the jumpsuit issued to inmates in the Hamilton-Wentworth Detention Centre, where he stayed for more than a year and a half before being transferred to prison just after Christmas.

Johnson, whose name has been misspelled by police, in documents and media as Skylon, was handed a five a half year sentence in September after pleading guilty in a violent May 2017 home invasion involving masked and armed intruders after a family business’ safe. A 46-year-old man was shot and nearly died.

Yet Gage also saw in Johnson that he was “not yet a hardened criminal, not yet a person in whom there is no hope of redemption.”

That Gage recognized this in Johnson was in no small way thanks to his lawyer Dean Collett.

Usually a lawyer will ask for a pre-sentence report to consider the convict’s history in sentencing. In Johnson’s case, this wasn’t necessary, because Collett had spent so much time with Johnson he can recite the details of the young man’s life.

Collett himself took an unusual path. Before going to law school in his 40s, he was a well-known, longtime Hess Village bar and restaurant owner. He chose his second career to serve a purpose and says he is particularly drawn to helping young male clients.

He sees his job as 50 per cent knowing the law, 40 per cent client advocacy and 10 per cent mentoring.

Inside the Barton Street jail, Collett met with Johnson nearly every week. Often they just talked about books or working out or finding common points in their lives.

A coincidence, they discovered they both went to the same Mississauga high school, Erindale Secondary School, generations apart. Both played football. Johnson is a skilled athlete who had dreams of playing professional football when he was arrested just a few credits shy of his high school diploma.

“That was my life, that was my passion,” he says of football.

He was born in Toronto and in 2006 the family moved to Mississauga. He has an older brother and sister and a little sister he often cared for. His “loving and caring mother” worked hard to keep a roof over her kids’ heads, but that often left them alone to care for each other.

But there were two sides of Johnson. He was also a very angry young man.

Most of that anger was directed toward his dad, who left when he was three and was gone from his life for 11 years. He also had numerous bad encounters with police, starting at a young age.

Sitting inside an interview room in the jail he doesn’t want to talk about the day of the home invasion — May 9, 2017 — other than to say he “regrets” it.

It’s not clear how he met the others, how they knew there was a safe in the house, or where the guns came from. But Skylawn says he did not expect someone would be shot.

What we know from court is that shortly before 9:15 a.m. five young men pulled up to Holly Avenue in a stolen 2005 Pontiac Pursuit. They left the engine running, a loaded Beretta handgun in the car. They knocked on the front door, and when no one answered went around back where a neighbour saw them putting on masks and breaking in. That neighbour called 911, allowing police to arrive in time to hear the gunshot and interrupt the group carrying out the safe.

Johnson was arrested right there. Several others escaped running through backyards. Just 400 metres away, police found the 9 mm Glock handgun used to shoot the homeowner.

Two others, both young offenders who cannot be identified, were charged and convicted. They were sentenced to 27 months and 30 months, respectively.

The home invasion came at a time when shootings were on the rise in Hamilton — 2017 saw a high of 41. That number went down to 25 in 2018. Police say most are “targeted” and are often tied to the illegal drug trade. A lack of co-operation from victims and witnesses often makes cases more difficult to investigate. A recent Spectator analysis found Hamilton police have not laid charges in 70 per cent of all shootings in the city in the past five years.

That Johnson was caught red-handed is rare. That he was 18 — the only adult charged — meant he was the only one to feel the weight of the Criminal Code. But he says, in a way, it was a blessing in disguise. It forced him to take a sobering look in the mirror.

During the court case, Crown attorney Jill McKenzie says she accepted Johnson’s remorse, but also noted there were “some words that could help” — he could identify the other two outstanding suspects. Outside court he said that would be a death sentence. He will never identify them.

During those first visits when Collett met Johnson, the young man was “in survival mode” and would utter one-word answers. But the more they talked, the more Johnson could see that Collett believed in him and the more Johnson started to believe in himself.

Barton is a hard place. It’s overcrowded, there are drugs, there is violence — that first day in jail Johnson was immediately jumped and had to be moved to another range. It wasn’t the last time he was assaulted.

Most of the inmates are doing “dead time” waiting for their trials or to get bail. There is no programing, so Collett told Johnson there were two things he could do to the pass the time: workout and read.

Each range has only a pull up bar in the common area, but even in cell there is space to do pushups. Collett wasn’t allowed to bring Johnson new books, so Johnson voraciously consumed any book or newspaper floating around.

He developed a new routine: get up, clean cell, have breakfast, do a warmup and workout, lunch, workout, dinner, reading, bed. He took a job with the cleaning crew. And slowly the way he thought about himself and community changed.

If he saw a gun now? “I would run so far and so fast you’ll never know I’m gone.”

Collett recalls the day he told Johnson the hard truth that he was facing a five year minimum sentence because a gun was involved in the crime. It was a difficult day, but Johnson also understands because he’s now seen what a gun is capable of.

It took two days to read through the painful victim impact statements.

The woman, who was 52 at the time of the home invasion, was the first one woken up that morning by masked intruders, punched and told “shut up or you’re dead.” They all carried what appeared to be guns — though two were later proven to be a BB gun and air-soft pistol. In terror, she listened as they moved on to two teenaged friends of her son who had slept over, then her son and then her husband — gunshot.

Her home had become “a war zone,” the woman told the court.

While in jail, awaiting his plea, Johnson came back to his cell one day in September and he had a surprising new cell mate.

It was his dad.

A few years ago his dad came back into his life, but Johnson wanted little to do with him. During Johnson’s court dates, where his mom was always there in support, sometimes accompanied by his siblings or girlfriend, his dad also showed.

“I could see Skylawn was angry, didn’t want dad there,” Collett recalls.

And now here he was sitting in his son’s cell after being arrested on an unrelated matter. They started talking and bit by bit they began to rebuild their relationship. Collett ended up representing his dad too and says he was amazed to see the father and son joking around.

Other relationships are harder behind bars. On Johnson’s arm is a tattoo with the name of his girlfriend’s son, who calls Johnson dad. The couple are working to stay together and she’s visited him in jail with her son.

In prison there are programs. He wants to get his high school diploma. He thinks about working to become a counsellor.

And Collett says he’s going to be there. He has a list of books to bring Johnson — starting with a Muhammad Ali biography. He says he’ll be there when Johnson gets out too. Looks forward to maybe one day catching a Ticats game with him.

It won’t be easy. After credit for time in pretrial custody, the balance of his sentence is three years and five months — a long time to stay out of trouble, to stay on track. He will still be a young man when he gets out.

At Collett Read LLP we understand how critical it is to continue to advocate for our clients who have been charged with a criminal offence. We have not laid-off any members of our talented team and we are all working remotely.

Our priority has been on bails and pleas for our in custody clients so we can make sure they spend as little time as possible vulnerable in jail during this COVID-19 outbreak. We are also working tirelessly to help do our part in keeping the court system going. We will continue to do this throughout this crisis.

Stay safe, and if you or a loved one is arrested, please call us to help, we promise to make sure no stone is left unturned to protect you and your liberty.