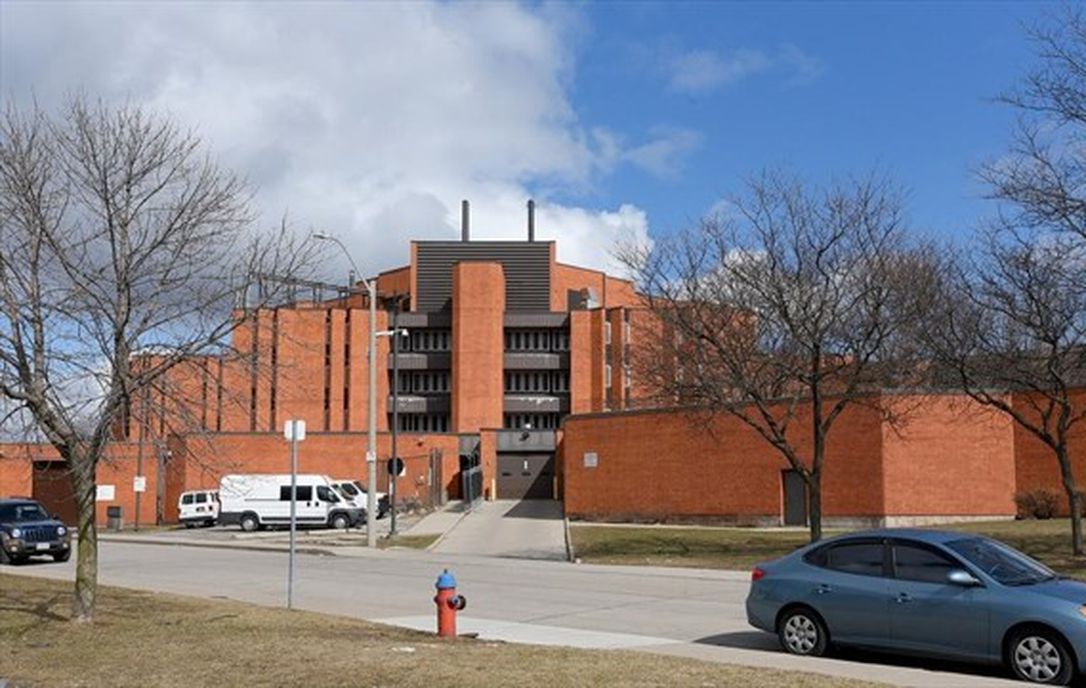 An employee at the Hamilton-Wentworth Detention Centre has tested positive for COVID-19, raising concerns among already-tense staff and inmates who fear the spread of the virus inside the jail.

“Can I guarantee this virus won’t spread further through the detention centre – absolutely not, ” said Dr. Bart Harvey, a Hamilton associate medical officer of health.

The province and public health got the positive result March 25, but on Friday – two days later – had still not made the case public. The Spectator obtained a memorandum to staff from the Ministry of the Solicitor General dated March 26 making them aware of the case.

The first concern is for the health of the OPSEU member who works with both inmates and staff. But they’re also worried about the possibility of cross-contamination.

“I’ve heard steps have been taken to mitigate that, but I’m not sure what that all entails, ” Jackel said.

There are unanswered questions about the major time lag between when public health had the employee tested March 20 and when the ministry was informed March 24.

“It is important to note that the individual did not experience symptoms while at work, ” states the memo from Suzanne McGurn, assistant deputy minister, institutional services.

So far there’s no information on when the employee became symptomatic, which is key. Public health traces contacts for 48 hours before symptoms develop because the virus can spread during that time.

The memo says the employee may have interacted with people at the jail on March 16 and 17. Staff are asked to advise their manager “immediately” if they hear from public health or start feeling ill.

The case also raises questions about why it took five days to get test results back. The province has a backlog of 10,000 pending tests, but there were no answers Friday as to whether results could be expedited in exceptional cases.

As of Friday, there were no inmates with COVID-19 in any provincial jail. But staff and a contractor have tested positive at four institutions, including Hamilton, said Jackel.

“Reasonable steps to isolate anyone who may have come into contact have been taken, ” he said about the Hamilton case.

Work areas that the employee came into contact with have been “thoroughly cleaned by the Environmental Restoration Team, ” and “common-area touch points are being disinfected two times per day, ” the memo says.

Jackel said he’s not familiar with an “environmental restoration team.” Several inmates and other sources tied to the jail have said inmates continue to be responsible for cleaning.

Jackel said the union wants more “active screening” of staff and inmates for signs of illness. Correctional staff have protective gear, but not enough to wear all the time.

Inside the jail, inmate Justin Thombs said his range was put on lockdown for hours on Friday – from about 11 a.m. to 3 p.m. Correctional officers eventually told the inmates that a staff member had tested positive.

Thombs is about a month away from possible parole and his family has been fighting to get him early release. He previously said inmates were “just sittings ducks” fearing the virus’ spread.

Another inmate, Cody Lawson, said he hasn’t seen any extra cleaning. He was only told about the sick employee when he asked a correctional officer.

“Our thoughts are with the staff member and their family, ” Ross, said in a statement. “The ministry has been in contact with the local public health unit in response to COVID-19 to ensure the continued health and well-being of our staff and those in our custody.”

The Barton jail has a 560-person capacity. It is frequently overcrowded, but is seeing more people being released in recent weeks.

Defence lawyer Dean Collett says lawyers and court staff have been working tirelessly to keep bail hearings going. His law office is getting calls from within the jail at “four times the normal rate.”

“The phone call generally starts with, ‘Get me out of here, ‘” he said.

Some of his clients have been allowed to leave the jail early – most are non-violent offenders with good behaviour.

“It could get really ugly in there, ” said Collett.