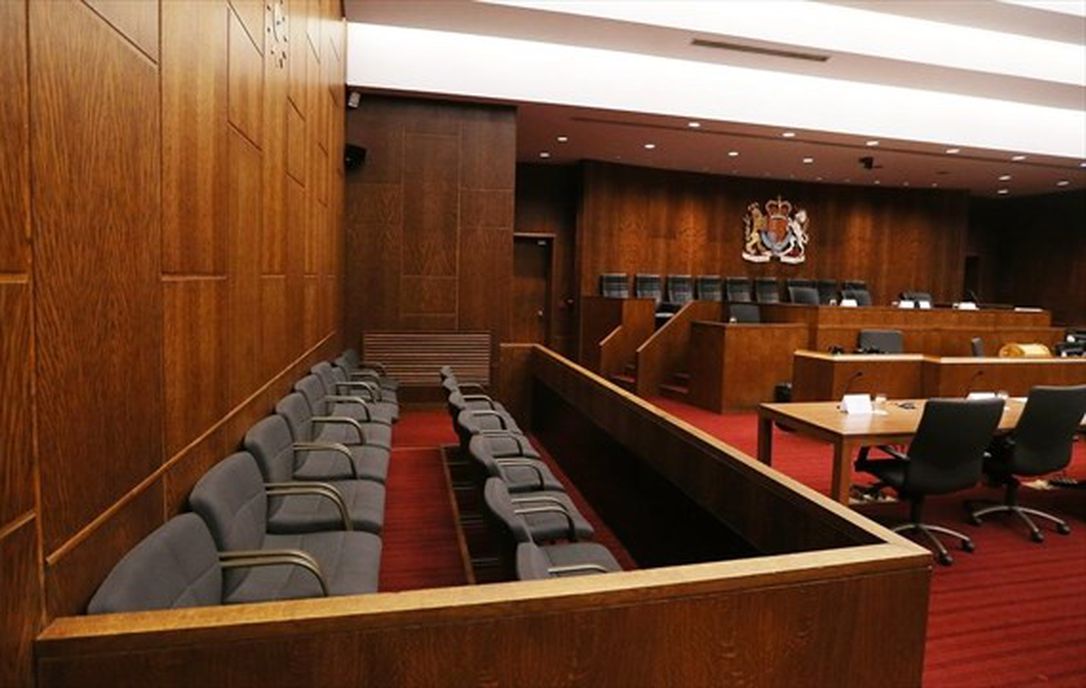 Ontario’s busiest court has suspended all family trials, criminal trials and preliminary hearings amid a growing backlash from court staff and lawyers over its continued operation amid the COVID-19 pandemic.

“Unless an urgent criminal or family court appearance is required in the Ontario Court of Justice between Friday, March 20, 2020, and Friday, May 29, 2020, the court is urging individuals not to attend court,” court spokesperson James Schneider wrote in an email on behalf of Ontario Chief Justice Lise Maisonneuve.

The directive now applies to matters involving accused who are in custody and out of custody. On March 16, out-of-custody cases were adjourned for 10 weeks.

Bail hearings, remands and guilty plea hearings for accused who are in custody will continue, along with some urgent family and out-of-custody proceedings.

In Hamilton, there was the threat of job action Friday by Crown attorneys, but that was averted with the Chief Justice’s decision to further restrict court proceedings.

A number of defence lawyers have been volunteering their time in recent days to try to help keep court proceedings moving along, according to Dean Collett, an executive member of the Hamilton Criminal Lawyers Association.

“People in our association are expressing concerns about a lack of proper response to keep everyone in the courthouse safe,” said Collett. “There’s been no organization or restriction of the movement of people.”

Collett said he’s seen a better cleanliness protocol at Costco than the courthouse.

“Our concern is the entire court system is going to come to a complete halt unless some drastic changes take place,” Collett said.

The Ontario Court of Justice deals with approximately 500,000 adult and youth criminal charges annually and handles millions of provincial offences.

The court is already dealing with a backlog of cases. Ontario’s auditor general last year found the number of cases awaiting resolution had grown by 27 per cent to about 114,000 cases.

Friday’s announcement comes after key stakeholders, including representatives of defence lawyers and Crown attorneys, said it was unacceptable to continue to run bail courts and trials for accused in custody.

On Thursday, Legal Aid Ontario told its lawyers not to show up to court starting Friday.

Last week, the Superior Court of Justice announced it was suspending jury trials, with some exceptions. Meanwhile, some staff at the downtown Toronto courthouse are upset that are still expected to show up for work, sources said.

“We support our Chief Justices and our Justice system in this time of crisis and we will be available to work remotely,” said John Struthers, president of the Criminal Lawyers’ Association, which represents 1,500 Ontario lawyers.

“The world has failed to treat this pandemic with the seriousness and urgency required. We are grateful to Attorney General (Doug) Downey for taking this measure and all of us need to work together.”

In his email, Schneider wrote: “consistent with public health advice, all steps are being taken to reduce in-person appearances and to implement social distancing for matters that must proceed.”

The Ministry of the Attorney General is working with the court to implement significant audio and video technology capacity to further minimize in-person contact for urgent matters that are proceeding, Schneider wrote.

—With files from Steve Buist, The Hamilton Spectator